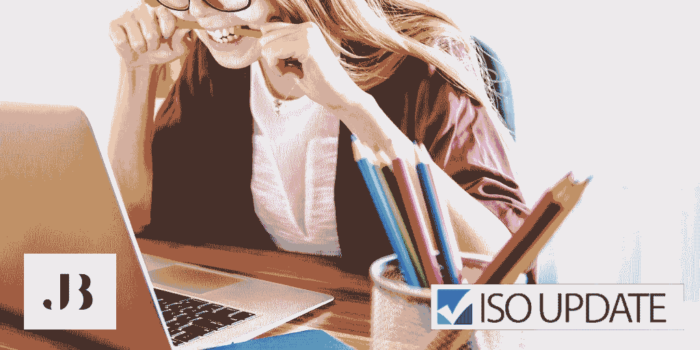 If you’re familiar at all with the concept of ISO certification, you likely think of it with regard to businesses and large industries. These are the environments within which quality management and the standardization of practices can appear to matter most. And to be sure, the International Organization for Standardization (ISO) has put forth innumerable sets of standards that benefit operations in business and industry. However, ISO activity is not exclusive to these areas. It can also be useful in other fields we don’t consider as frequently — such as education.

Sure enough, in 2018 we saw the announcement of ISO 21001, designed as a new set of standards for “Educational Organization Management Systems.” It became the first international management standard for the education field, and was meant to benefit educational institutions and learners alike.

To delve further into ISO 21001 and what it means for the education sector, here are a few specific points about the standards and the people and institutions they affect.

It’s important to point out that this is not necessarily the first set of standards applied to education. Others, however, have been more polarizing. Most notable are the standardized tests that are used across the U.S. to help determine students’ qualifications for higher education. These have existed for a long time, and though they do help to establish an easier method for assessing and placing students, there are common arguments suggesting that they’re actually detrimental to education. An article on testing by a University of Pittsburgh professor outlined numerous ways in which standardized testing can be problematic, including such points as that testing prep takes away from learning time; that content knowledge declines in favor of testing strategy; and that schools with poor testing reputations actually lose resources.

This is not to imply that standardizing practices in education is necessarily bad. Instead, it’s to point out that there are existing examples of standardization, some of which just happen to be questionable. The ISO 21001, however, is the first global standard of its kind for the actual management of educational organizations.

Different ISO standards can be difficult to fully understand from the outside. Details in fact aren’t always even available to any who aren’t directly using said standards. By now though, enough information about ISO 21001 has become available that we can discuss its key benefits with some clarity.

A write-up by Code Acts In Education provides one of the more granular examinations of the standards, and highlights 11 specific benefits that are actually listed in an “explanatory PowerPoint” about ISO 21001. These include, but are not limited to: aligning educational mission, vision, objectives, and action plans; inclusive and equitable education for all; more personalized learning and responsiveness to special education needs; consistent processes and evaluation tools; models for improvement; and increased credibility of the educational organization. In short, ISO 21001 is designed to fully standardize the business of education — from goals, to methods, to adjustments.

From the outside looking in, we think of teaching as a learned skill more than an ongoing job. That is to say, we imagine that teachers educate themselves, train, obtain degrees, and then simply do one job for as long as they see fit to do it. In a technical sense this is accurate, but the truth of the matter is that teachers have to have the capacity to adjust.

This in fact is something that’s increasingly emphasized in the actual education of teachers as well. As Maryville University outlines for students considering taking an online doctorate in education, aspiring teachers training to educate need to learn “the leadership abilities and perspective to meet the challenges of today — and tomorrow.” That’s another way of saying that teachers are now being trained to lead by adaptation, and to be poised to embrace and capitalize on changes.

ISO 21001 standards work hand-in-hand with this increasing emphasis on adaptability by providing more guidance for a greater variety of situations. While teachers and educational leaders should still be able adapt on their own, and get creative in finding solutions to new problems, ISO 21001 provides a blueprint for a lot of the changes that may arise.

An Even Playing Field for Learners

Interestingly enough, another significant aspect of ISO 21001 standards for educational institutions — both in school environments and elsewhere — is that they can help to even the playing field for learners. This is almost ironic given the aforementioned example of standardized testing as an existing standardized education model that can actually result in less fairness between learners.

Because ISO 21001 establishes guidelines for so many scenarios related to how education is handled and how learners are to be approached and managed, the hope is that in time the standards will result in a more uniform education ecosystem. This does not mean that every institution and instructor has to be the same, or even teach in the same way. But specific problems should be addressed similarly, such that one learner facing difficulty in a given environment isn’t given less of a chance to overcome the problem than another student facing the same situation within a different institution.

It will be fascinating to see what impact ISO 21001 ultimately has on educational institutions over time. Less than two years into the standards’ availability, it’s a little bit too soon to make a determination. But the practices and potential benefits outlined above make it clear why standards like these are worth exploring.

Jorine Bibi is an environmental blogger. She hopes that her articles provide her readers with information on what the world can do to reduce its energy use. She also believes that if we don’t address the issue of climate change soon it will be too late. In her free time, she likes to tend to her garden.

“What’s in it for me?” is not an unreasonable question for anyone to ask, especially if you are going to ask them to spend money. If you want your business END_OF_DOCUMENT_TOKEN_TO_BE_REPLACED

Management systems such as ISO 9001, ISO 14001 and OHSAS 18001 require that internal audits are scheduled at planned intervals; they do not establish a specific frequency nor do they END_OF_DOCUMENT_TOKEN_TO_BE_REPLACED

Since its first publication in 1999, OHSAS 18001 has been a recognized occupational health and safety management system (OH & SMS) standard against which management systems can be assessed and END_OF_DOCUMENT_TOKEN_TO_BE_REPLACED