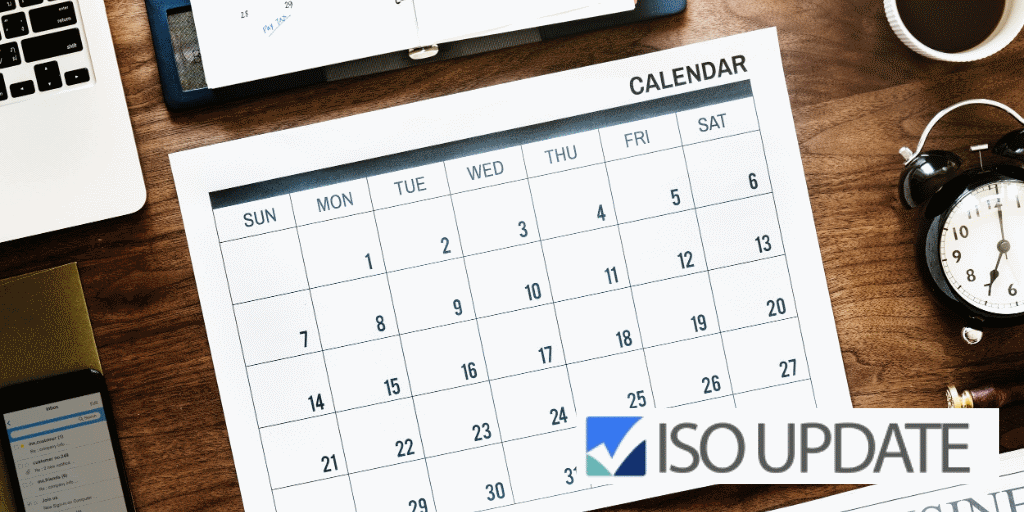 Home General What is ISO 8601? Proper Notation of Dates and Times Using ISO...

As we welcome in the new year, if you are like us, you might struggle to remember the new date, let alone the order it should appear in when you denote it. The transition from 2018 to 2019 can be a headache, but did you know that ISO has a standard for that. Yes, even the date has a proper format, and it’s laid out in ISO 8601, the Date and Time Format Standard. ISO 8601 presents dates and times in a standardized format thereby removing confusion in international communication.

ISO 8601 is the international standard for recording and denoting dates and times using numbers to avoid confusion from different interpretation.

The internationally agreed way to represent the date is YYYY-MM-DD.

The internationally agreed way to represent time is hh:mm:ss.ffffff

When denoting time alongside the date, the Standard format is YYYY-MM-DDThh:mm:ss.ffffff +|-hh:mm

US time zone values are as follows:

ISO 2014, though superseded, is the standard that originally introduced the all-numeric date notation in most-to-least-significant order [YYYY]-[MM]-[DD]. The ISO week numbering system was introduced in ISO 2015, and the identification of days by ordinal dates was originally defined in ISO 2711.

ISO 8601 is currently in the process of being updated and split into two parts anticipated to be released in March 2019. – Source

“What’s in it for me?” is not an unreasonable question for anyone to ask, especially if you are going to ask them to spend money. If you want your business END_OF_DOCUMENT_TOKEN_TO_BE_REPLACED

Management systems such as ISO 9001, ISO 14001 and OHSAS 18001 require that internal audits are scheduled at planned intervals; they do not establish a specific frequency nor do they END_OF_DOCUMENT_TOKEN_TO_BE_REPLACED

Since its first publication in 1999, OHSAS 18001 has been a recognized occupational health and safety management system (OH & SMS) standard against which management systems can be assessed and END_OF_DOCUMENT_TOKEN_TO_BE_REPLACED